In 2008 I suffered an injury which would change my life in every way, it wasn’t life threatening but it was however life changing. 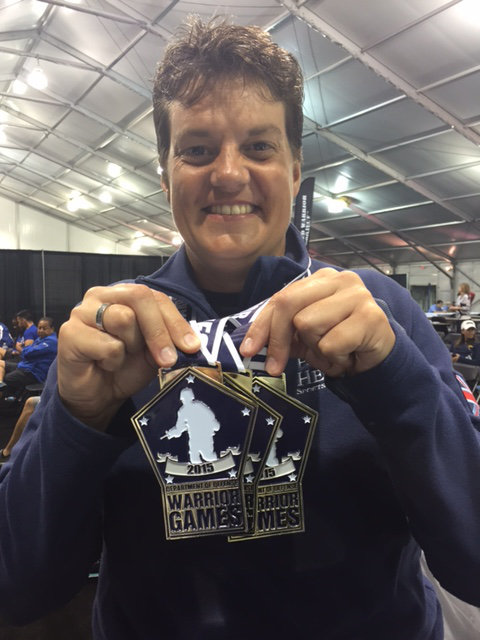 Before I joined the army I was very active and used to play football, swim, and I was a cross country runner. When I joined in 1995 I wanted to pursue my love of all sport, which, was easily done whilst serving. Throughout my career I have always strived to be good at sports and would give any sport a try. I represented the Corps, Army and combined services in football, I played basketball at Corps level and hockey at unit level, and I swam at both unit and Corps level. There was nothing I didn’t do.

So when this element of my life got taken away from me, especially when it wasn’t my choice, it was a hard blow to take. I was warming up for the final match of the season (I was a goal keeper), when my coach kicked the ball to me and I had to change direction at the last moment, my thigh stayed still whilst my shin moved. My knee-cap popped out! I was taken to hospital, and discharged a couple of days later. After a lot of rehab and further small operations (7 in total) I then started to get better and was pretty focused on getting fit again. This was not out of my reach surely!

Over the following year and a half I underwent various amount of physio, but I still couldn’t get the sharpness back that I once had. I was then referred to a knee specialist, who decided to operate! He would give me a full knee construction using my thigh muscle from my right leg, the operation was a success and I woke up some 4 hours later pretty groggy and in a lot of pain. I was off work for 6 weeks. I then cracked on with more physio, rehab PT, and within that year I was back on my feet and slowly getting back to running. After a year and half I tried to play my first football game, I was very tentative and did not fully trust my knee so I decided to focus on regaining my sharpness and balance, as I was still on Rehab PT I was able to concentrate on using the balance boards etc. In 2010 I deployed to Afghan on tour, where I was attached to 2 Royal Welsh, I completed my tour and was once again able to concentrate on my fitness. I was running a 10.30 PFAâ€¦ I was over the moon to simply achieve something I didn’t think was achievable considering the amount of pain I was in.

However, when I returned from tour in 2011 I suffered a freak accident, I heard my knee pop in several places and I was in the most tremendous pain. I went back to the doctors who decided that after my extensive daily rehabilitation plan failed that I would undergo another knee operation, this time they would take out the screws from my knee and stuff the holes that the screws left with bone from my hip. I had to wait 6 weeks to have the full knee reconstruction. On the 26 march 2011 I went to Frimley Park Hospital and booked in as normal donned in my dressing gown and waited for the surgeon to see me. Within two hours I was in the operating theatre having my knee re-done. However 3 minutes in to the surgery I had a severe allergic reaction to the drugs they had given me and went into severe anaphylactic shock, I was given 9 shots of adrenalin to come back round. Essentially I died!

I then returned after having some blood test to confirm what I was allergic to, and underwent the full knee reconstruction; of course avoiding the drugs I was allergic to. My operation however was unsuccessful! This was my 9th operation and my knee had not been repaired to what it should have done.

Whilst at home on sick leave I wanted to see if there was a sport I could do whilst on crutches, I saw an advert on TV in between watching Jeremy Kyle, about the INVICTUS GAMES. I emailed them straight away not knowing really what I had let myself in for. Nor did I know that it was H4H supported. I applied for the upcoming games whilst still in a cast and still bed ridden, but I wasn’t going to let that stop me from pursuing sports even if I was in a cast and on crutches. I then received several emails asking me to attend trials for sports that I would like to try. I initially put my name down for swimming, cycling, archery; I was then told that swimming probably wasn’t the best activity for the recovery of my knee, so I pulled out of that sport which left me with cycling and archery. I trained within my pain barrier with the coach from Tedworth House and the other hopefuls, I also trained for archery at Aylesbury and Stoke Mandeville. Eventually the trials came to an end and I was informed that I had been chosen to represent British Army GB in the sports I had trained for. 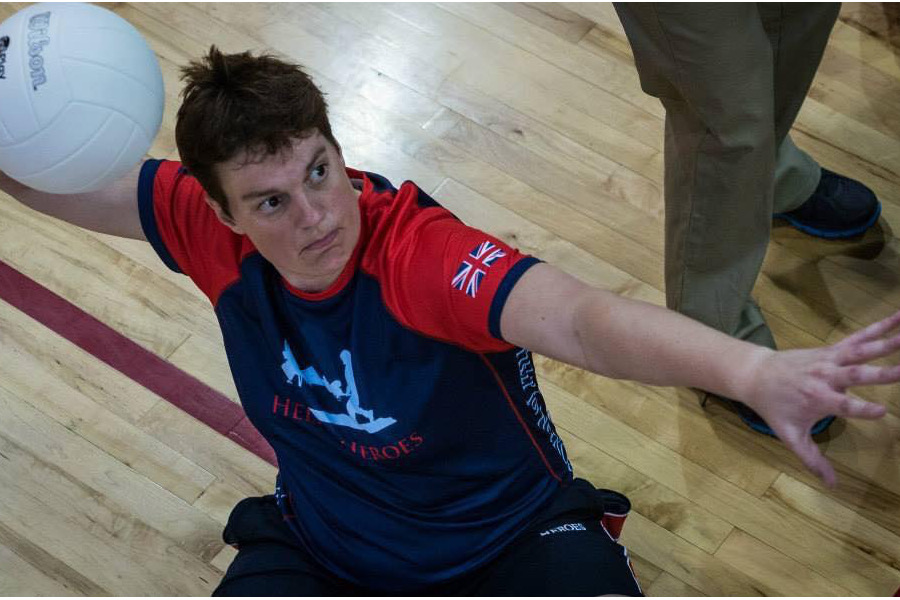 All of a sudden this got real; I was representing GB in the INVICTUS Games ‘ the brain child of HRH Prince Harry. I can’t even now describe the feelings I had, a real mixed bag of emotions I felt both sadness and excitement! Sadness as my father had died in the May and he would not be there to see it all. And excitement at competing in this suddenly very well-known highly publicized event. The week of the games started and we all attended the opening ceremony which was both emotional and exciting. Then the competition started!

Having never really cycled before in competition I hadn’t a clue what to expect or do, however all I kept saying was give it your best shot just keep working and pushing yourself. I crossed the line against 13 other female competitors from all over the world, all of whom were injured soldiers! I won the Bronze missing out by just 3 seconds on the Gold! Still, what an achievement!  I then competed in the archery, however I was knocked out by the person who won my category overall.

So what’s next I thought to myself! I needed to find another competition to focus on. So I enlisted in the Warrior Games which would take me to America, the trials in Vegas first then on to Washington for the games. Whilst in Vegas I decided to try some new sports as my recovery wasn’t progressing, so I had to find some sports that I could do within my pain boundaries. I took up swimming and realised that it’s not about what I can’t do, it’s all about what I can do with the use of one leg. Unfortunately whilst I was swimming I had a problem with my breathing instead of swimming along I started to swim down, I was then taken to hospital with a suspected heart attack. Eventually they discovered I didn’t have a heart attack, I had too many enzymes going round my body which caused my heart wall to collapse. I was fine, but I’m not done yet! So back in the UK I went straight on with my training, I focused on swimming and just generally getting fit, I also tried another sport which was discus. 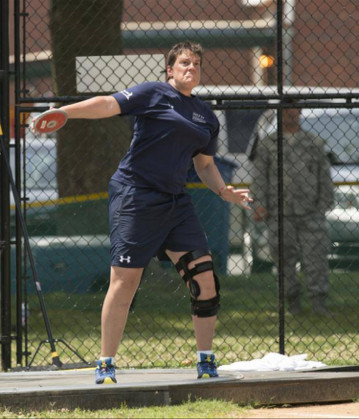 I entered the Warrior Games competing in swimming, archery, cycling, and discus. I came a commendable fourth in the discus, having never done it before which was brilliant, I then competed in the cycling and crossed the line fifth in my category. Archery was tough although I didn’t get through my first round I still enjoyed the pressure of a new sport.

Then the swimming competition started. I had never swam in a field of competition like it. I wasn’t sure my nerves would hold up. Bearing in mind the last time I swam in competition was Vegas and I had ended up in hospital! However with the help from the ever attentive staff at H4H I swam as fast and the best I could. It paid off I won Gold in the front crawl 50m, then another Gold in the back stroke 50m, then my third and final race I won Gold in the 100m freestyle. I couldn’t believe it. The feeling was unreal. There are no words that can describe what I felt that day and even now, as I had pretty much given up all hope with things sport wise and was ready to call it quits. However discovering that H4H is not just there for veterans, they were and still are there for me during my journey of recovery, no matter how long that may be. Although my injury was not life threatening, it was and still is life changing. I have discovered more sports I can do instead sports of I can’t. I am so lucky to have the opportunities I have. I could not however have done this without the team from H4H who have introduced me to new people, new adaptive sports. Having an injury such as mine I had felt that a lot of doors had been closed to me, but so many more have been opened. I would not be the person I am today without the help from some of the individuals from H4H. I will be forever in their debt. I hope this continues and I hope that I continue to represent my country and make my forever supportive family proud.  The next step for me is I see my surgeon on the 29th to see what he can do to ease my pain and what, if any, operation he can do.