Valiant efforts were seen from The RLC Troop Commanders Course, DEMS Training Regiment and one of the four teams from 17 Port & Maritime Regiment who, in spite of being unable to compete for the trophies, still pitted themselves against the rest and completed the event.

New to this year’s competition was the inclusion of RLC members of 3 PARA, as a first line optimised unit. The unit Quartermaster’s Department and unit Chefs from a cast of ‘only just enough to put a team together’ pitched up and got stuck in with the rest, finishing a credible 38th overall. This category is one which is expected to grow in the coming years and add a whole new dimension to the competition.

In addition, this year also saw the inclusion of the UOTCs, with three teams from two different universities, competing against each other in their own category; again one which shows significant potential for growth in the coming years and potentially warranting inclusion in the main competition, if they are up to itâ€¦

With a particularly tough six (and a bit) mile route thrown in this year for good measure, the teams really had to ‘dig-out’ and credit to all involved for the grit and determination shown!  (Including the Corps Col and RSM who decided to tackle the route as well, just to make sure it was arduous enoughâ€¦) Standby for next year!

As ever the Military knowledge stand proved to be one of the biggest deciders between the teams, (particularly the slightly distorted photo of our new Corps Col, which may have thrown a few folk). Followed closely by the assault course, an old favourite and one which the usual suspects had spent the weeks prior to the competition practicing on most days, proof indeed that time spent on Recce is seldom wasted!

The day itself saw perfect weather descend for both the competitors and spectators alike, while it was a misty start and those attempting the assault course first thing could only see a couple of obstacles ahead, it remained dry and not too hot. Although sterling efforts were seen from all involved, special mentions must go to the 13 Air Assault Support Regiment RLC ‘C’ team who won the Gore Trophy (main image above), 154 (Scottish) Regiment mixed team for winning the Lamb Trophy and 9 Regiment female team which won the Merit Cup (selected by the Corps Col for the team who impressed him the most) (pictured below). 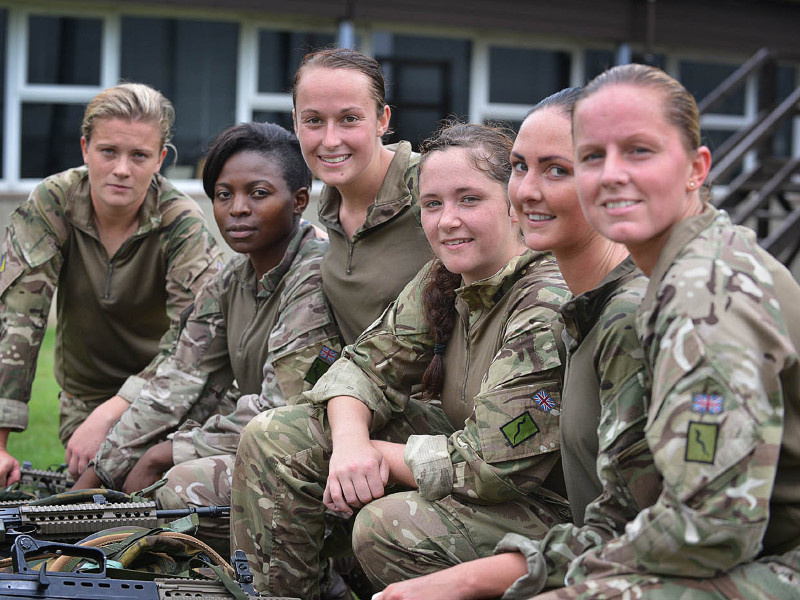 With the 2014 competition completed, planning (and the possibility for some significant changes to the format) for the 2015 competition will start shortly.  Well done to all those who took part and don’t rest on your laurels as next year will be another step-up!

Has it been a year already?

Join us live tonight for the 2022 RLC Sports awards.

Keep an eye out on our facebook page around 8:30pm for a night of glitz and glamour streamed live to you!

What's that? You want more?

Check out the Corps Party in the Park in conjunction with the Corps Open Day.

Plus we have a very special announcement to make..... all will be revealed on the night!

Do you want to represent @UKArmyLogistics as an Instructor in the Army incl at RMAS? If so then why not attend our RLC Instr Briefing Cse on 27 Jul. PM us for details. Please RT @RLCCorpsSM @BdeSgtMaj101X @102LOGX @104Bde @ArmyComdtRMAS @16AirAssltBCT @3_CommandoBde @DHirdLWC

The Royal Logistic Corps was live.

Join us for the Sports Awards 2022 ... See MoreSee Less
The Royal Logistic Corps

What's that? You want more?Check out the Corps Party in the Park in conjunction with the Corps Open Day there will be live music well into the night!Plus we have a very special announcement to make..... all will be revealed on the night!#wearetherlc #partyinthepark ... See MoreSee Less