17 Port and Maritime Regiment (17 P&M) has won the Inclusive Teamwork category in the Women in Defence Awards 17.

Having been announced as finalists at the shortlist event in Main Building, Ministry of Defence, the Regt had the privilege of being represented at the Women in Defence Awards Dinner held at Plaisterers’ Hall in London.

17 P&M Regt came up up against the Cost Engineering Team, Project Controls, DE&S and the Defence Intelligence Gender Equality Group, Joint Forces Command, in the final to win the award.

The Regt is unique in that it is Defence’s only deployable port, maritime and logistic capability, held at Readiness. It includes Port Operators, Mariners, Marine Engineers and Vehicle Support Specialists, all male dominated trades.

Remarkably, in 17 it was the only Regt in the British Army to field a female at every rank from Pte to Lt Col.  This achievement was noteworthy as only 6% of the Regt are female.  Furthermore, in 17 a female soldier became a Marine Engineer, making history for The RLC.  Consequently, for the first time, the Regt had a female in every RLC trade group.

The maritime industry remains a male dominated sector, yet this Regt is challenging this paradigm.  The unit actively encourages males and females to work together to maximise their talent.

Driving forward best practice, the Regt takes pride in embracing emerging policies aimed at helping to improve retention.  It supports flexible working, helps new mothers returning to work and facilitates parental leave.  Employing initiatives such as the ‘female champion’, they have ensured that all members of the Regt have a known point of contact for females to share ideas.

Women from the Regt work alongside their male counterparts whilst embarked on Defence contracted and Royal Fleet Axillary shipping conducting a wide range of operational commitments.

Recent tasks have included the outload of all vehicles for the 5 RIFLES Battlegroup to support NATO in Estonia, anti-piracy operations in the Mediterranean, Disaster Relief operations in the Caribbean and executing the load and discharge of Defence shipping in more than 16 locations around the world.

This diversity, accentuated by the ethnic groups and religious denominations represented in the Regt, is actively embraced.  The Regt is highly regarded by the Army and the Royal Navy for its unique role and for the diversity it promotes. 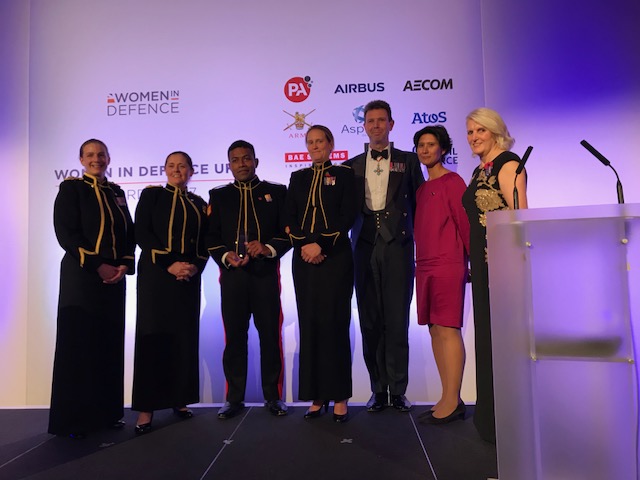