The RLC has paid tribute to the fallen of WW1 by taking a silhouette soldier installation to the chapel at RMA Sandhurst in remembrance.

‘Remembered’ is a dynamic new charity inspired by the There But Not There installation in Penshurst Church in Kent held over the Remembrance period of 2016 where 51 transparent military figures were seated in remembrance.

The charity aims to place a representative figure for every name on local war memorials around the country, into their place of worship, their school, their workplace or wherever their absence was keenly felt, during the centenary commemoration of the end of the 1914-1918 First World War.

It aims to educate all generations, particularly today’s younger generation, born nearly 100 years after the outbreak of WW1, to understand what led to the deaths of 888,246 British and Commonwealth service personnel.

Funds raised from the sale of the charity’s commemorative ‘Tommy’, made by veterans at Royal British Legion Industries will go to support The Royal Foundation’s Armed Forces Programmes, The Commonwealth War Graves Foundation, Walking With The Wounded, Combat Stress, Help for Heroes and Project Equinox by Plymouth University. 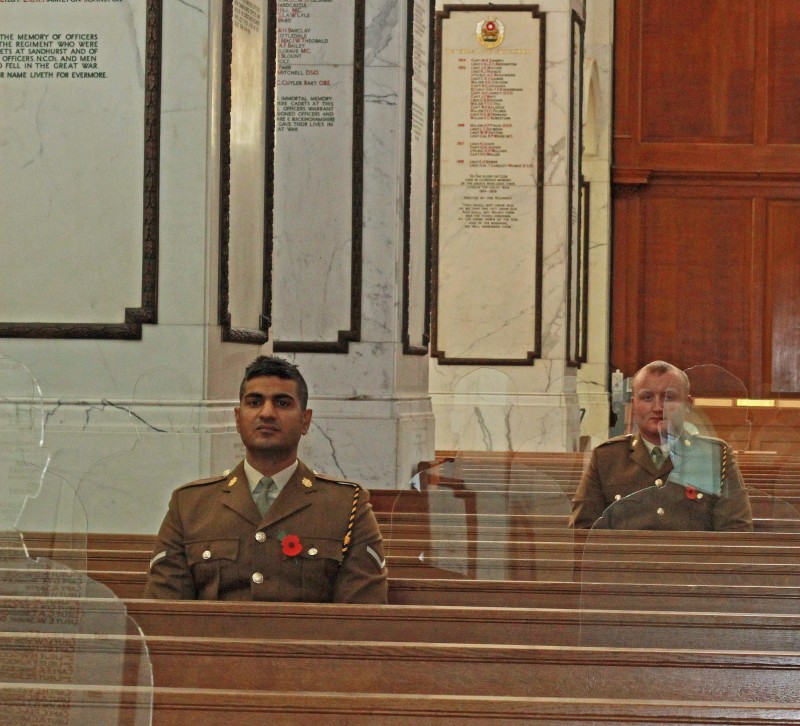 Wishing all of our Scottish soldiers a very happy

The Army Half Marathon Championships 2022 (inter-unit teams and individuals) will be held within the Fleet Half Marathon on Sunday 20 March 2022.Interested in competing? Entries must be completed by 28 February 2022. Click here to enter: https://www.entryhub.co.uk/2022-fleet-half-marathon?entryType=Military For more information and the read full AI visit the RLC Athletics and Cross-Country group on Defence Connect: https://jive.defencegateway.mod.uk/docs/DOC-691972 ... See MoreSee Less
The Royal Logistic Corps

Today Colonel PA Allen ADC assumes the role of Colonel RLC having completed his handover from Colonel JC West ADC. On behalf of the Corps, we would like to thank Colonel West for everything he has done during his tenure as the Corps Colonel and also extend a warm welcome to Colonel Allen. #BritishArmyLogistics #WeSustain #WeAreTheRLC ... See MoreSee Less