2015 took a different angle for the team when three members entered the vigorous selection process for what was to be a BBC TV Competition. SSgt Andy SaupÃ© RLC, Cpl’s Liam Grime and Ian Mark (RAF) were interviewed by the shows expert pastry consultant.  This process not only tested the team’s knowledge of patisserie but their skill, artistic flare and suitability in front of a camera.  With rumours of the rival competitors spreading no one on the team thought they would pass the selection. Military chefs only undertake three weeks of patisserie training and excel in pastry for a mere few weeks a year as part of CSCAT, they would be against teams of patisserie chefs that work in the discipline on a daily basis. We were astounded to be informed of our selection for the show!

The process began when a small crew from Love productions was sent to the Food Services Wing (FSW) in Worthy Down, Winchester to begin filming ‘the back story’.  Details were soon provided for the 1st heat and with some much appreciated support from a UK World Chocolate Master competitor, Sgt Richie Heppell RAF, and some very patient sugar work gurus, we had refreshed our skills, learnt new techniques and put a plan in place. Over the next few weeks, Kitchen Classroom 12 at FSW became the home of these three military chefs, who ended up spending more time together than with their partners and families. Cpl Grime developed a Pistachio and Raspberry Opera au Fruit, SSgt SaupÃ© produced a twist on a polish classic ‘the Babka Knot’.  Cpl Mark had the job of designing a Layered Petit Gateaux in the shape of a sphere, no easy task, using his creative talents the Lemon and Mascarpone sphere was perfected. 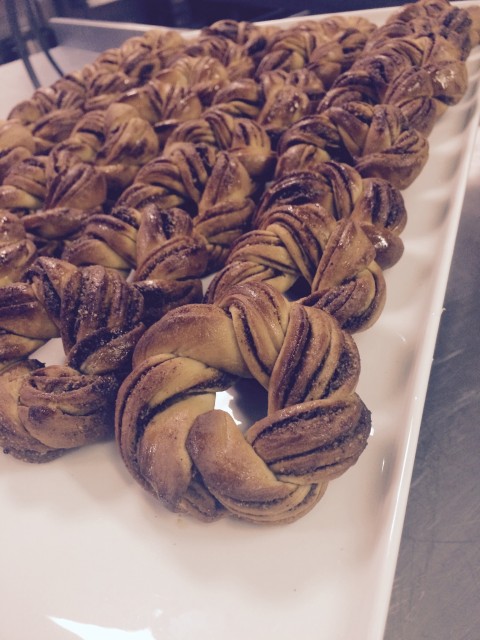 Round 2 was ‘The Showpiece’ and had to be based around redeveloping a classic British Trifle.  The teams entry was to be served on a 1 meter tall, shelved, chocolate structure that depicted the construction of Trifle through the years.  Practising this piece during a hot summer was testing to say the least and each day fat bloom became more and more of a problem, showing white waves in the chocolate surface and making it brittle.   After some testing and adjusting it was nailed, the structure was to be built by SSgt SaupÃ© with support from Cpl Mark whilst Cpl Grime made the trifles. 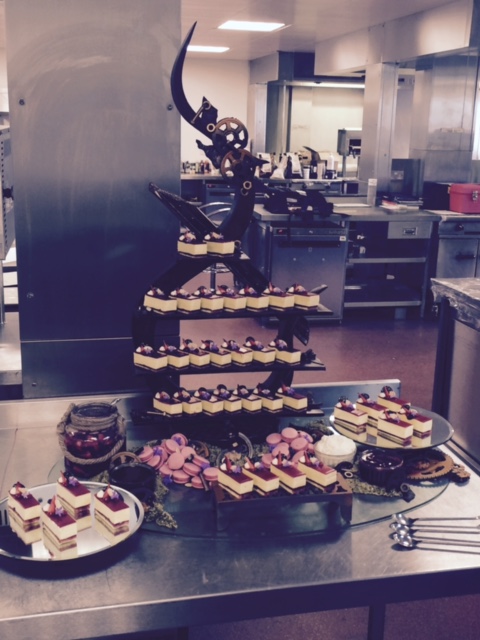 Nerves set in amongst all three, this was to be one of the biggest things either of the three had done in their catering careers, their two competitor teams would be chefs from the Savoy, London and chefs from a patisserie chain, La Patisserie.

D Day arrived and an early start, for what was unknowingly going to be a very long day.  No time to rest or think, filming followed by setting up work stations and checking rations, then more filming and take after take, and then Tom Kerridge arrived.  What a legend, a chef that all chefs can relate to and an idol for so many; he really is as nice as he comes across on TV! But there was no time to stand in awe as round 1 was about to start but not before meeting the judges, Claire Clarke MBE, Cherish Finden and Benoit Blin. The team had to quickly get to grips with the brand new equipment and working their way around cameras and crew, something that hadn’t been anticipated, but the products were finally ready. The team got through round 1 in second place, confident in their abilities they prepared themselves for round 2.

Round 2 started close to 2300, tiredness and fatigue set in. The 3 military chefs that are used to competitions exceeding 7 hours on minimal sleep had the advantage! They set off once again for a 3 hour preparation resulting in service of ‘Trifle: The Age of Construction’, a suitable name chosen by Cpl Grime.  Production was not without errors and issues, at one point the shelves had all fallen off due to the heat and the chocolate being used to stick it together was not setting.

Judging went well, although Benoit kept tapping the table and each time the team flinched. Cpl Grime caught it first, followed by Cpl Mark as SSgt Saupe was still trying to work out what was said; the team had won and were through to the semi-finals, neither of the three could quite believe it, the underdogs got through!

The semi-final dishes caught all 3 team members off guard as they hadn’t produced croissants, a danish or brioche many times, in addition producing Pate de Fruit, nougat and dipped chocolates were skills they didn’t really have.  Despite this the task of research, learning and developing was set about.

For the semi-final showpiece the team chose to produce a Jewellery box lined with silk and decorated in a very traditional style, housing a dancing chocolate ballerina.  The display was to represent a dressing table; this task was taken on by the two RAF Cpls leaving SSgt SaupÃ© to learn how to dip chocolates, cook sugars to different temperatures and set them for the confections. 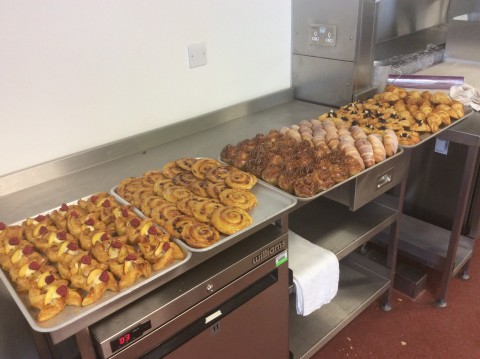 Back to Nottingham for the semi-finals, this time the team faced a team from London Hilton on Park Lane and Marks & Spencer’s… no pressure.  Round 1 started and the lack of continued skills began to show, Cpl Grime smoked out the set with a large butter spill in the oven, but the team pulled through and scored respectfully.  During the competition the team found out that the team captain from the Hilton team had spent time working in Dubai, producing large numbers of fresh pastries daily…. they had the advantage!

Round 2 began and thus the construction of the chocolate box, heat was yet again an issue as was fat bloom predominantly due to the heat. Cpl Grime and Mark had prepared for this and where the bloom was an issue for the other two teams it was exactly what the team needed for that antique wood look.  Issues arose with a melted chocolate ballerina; but Cpl Mark soon sculpted another little lady. 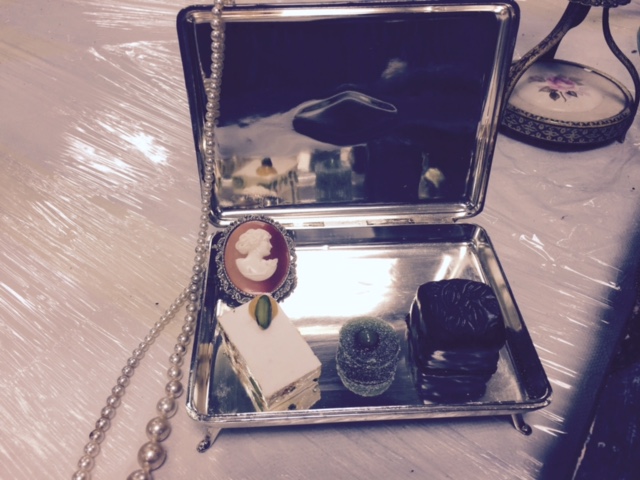 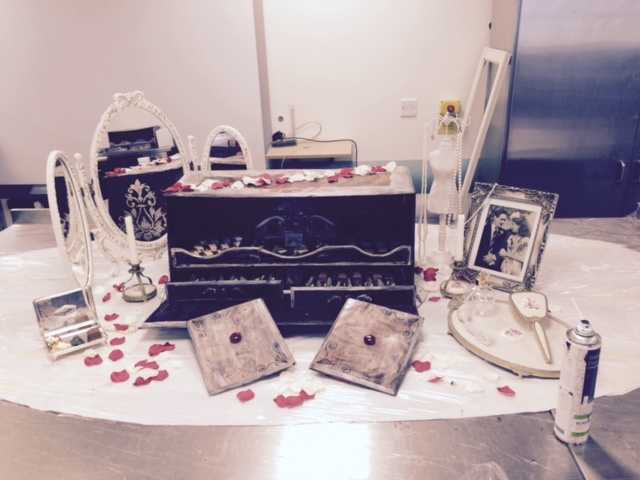 Judging was fair and they seemed to like what had been produced however competition was fierce and any errors meant losing vital points.  Scores were announced and the team from CSCAT had bridged the gap between them and the team from the Hilton, but sadly it was not enough, just 8 points short they had been knocked out of the competition.

What an experience Bake Off: CrÃ¨me de la CrÃ¨me was and what an achievement for three Military chefs competing against some of the best pastry chefs in the country, from some of the biggest names in the industry.

Fresh off the pitch from Saturday's historic game

Good luck to the Army today.Especially to the pl

A Captain from @UKArmyLogistics has been awarded the QCB for her quick thinking that saved the lives of two swimmers.

🗣️“I realised there were a couple of people in trouble... I said to my wife, I guess I’m going swimming...”

Huge Congratulations to the 14 Royal Logistic Corps Officers and Soldiers who were mentioned on the Operational Honours and Awards list, recognised for bravery, commitment, and commendable service of Armed Forces personnel.

You can see the Army recipients on our website: https://www.army.mod.uk/news-and-events/news/2022/05/bravery-and-compassion-recognised-in-latest-awards-list/

MOD Kineton are hosting an open day on July 9th to commemorate the 100th anniversary of Ammunition Technical Training at the site.The poster below has all of the necessary information.#wearetherlc #wesustain #ukarmylogistics #ato100 ... See MoreSee Less
The Royal Logistic Corps

@BritishArmy is posting images from across its Corps and Regiments that capture the Army's loyal service to Her Majesty The Queen spanning the seven decades of her reign.Images from The RLC and some of its Forming Corps are the first in the series.See the image set here: https://www.army.mod.uk/news-and-events/news/2022/05/queens-platinum-jubilee-royal-logistic-corps/#TheQueen #PlatinumJubilee #BritishArmyLogistics #WeAreTheRLC #RoyalArmyOrdnanceCorps #RoyalCorpsofTransport #armycateringcorps #royalpioneercorp #postalandcourier #royalarmyservicecorps ... See MoreSee Less
The Royal Logistic Corps