Corps Regimental Sergeant Major Andy Meek said “It’s fantastic to see the sporting achievements of those in the Corps being celebrated. Sports is something which is really important to the RLC, it encourages team work and camaraderie, and teaches people self-discipline through the rigorous training regimes they have to motivate themselves to pursue in their downtime.â€

Pte Kyle Morrison of 27 Regiment RLC has had an impressive 12 months of sporting success; competing for the Army, Combined Services and Wales, he has also now been recognised as one of the top Welsh fighters in the country.

Pte Morrison entered the Senior Male Welsh Championships as the number two seed; where he out-boxed all of his opponents, winning every bout unanimously. This ultimately led to his selection for the Welsh Boxing Team, and the opportunity to compete in a variety of international tournaments. Of note were his performances at the Belgrade Winners Cup (Serbia), Boxam Cup (Spain) and the Senior Elite British Championships (Sheffield) where his performance, attitude and determination resulted in two Bronze medals for his performance in Serbia and Sheffield, and the gaining of an immense amount of experience during the competition in Spain.

Private Morrison’s latest achievement of 2015 was the presentation of his Army Colours and being awarded the prestigious Hemming Belt as RLC Boxer of the Year.

Pte Fern Davies of 9 Regiment RLC is an incredibly enthusiastic young soldier whose flair and passion for netball is immediately evident. After passing out of Phase 2 training as Logistic Specialist (Supplier) she instantly committed herself to the RLC Netball Squad training season. 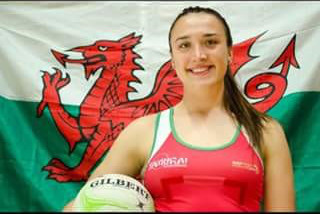 Col Adrian Thurgood of DCLPA has for the past 5 years, and in addition to the significant responsibilities and commitments of unit command and 2 demanding staff appointments, held the crucial appointment of Vice Chairman Army Nordic. The appointment also encompasses Combined Services responsibilities and Director of Ex RUCKSACK: the Army, Inter Services and British National Nordic Ski Championships held annually in Ruhpolding, Bavaria.

In 2010, Colonel Thurgood reinvigorated the British Army Nordic Ski Committee (BANSC) to take responsibility for the oversight and conduct of the sport, engaged the Army chain of command in all aspects of its delivery and reinforced the sport’s status as individual military training.

By 2014, and just as combat operations in Afghanistan were drawing to a close and demand to compete in Nordic events was increasing, Colonel Thurgood had set the conditions for long term success. His active engagement in supporting 2 x Army athletes (LBdr Jackson RA and Cpl Amanda Lightfoot AGC) to the 2014 Olympic Winter Games in Sochi is another example of his ‘over and above’ contribution to the sport. Every season he has led the team of volunteer officials that delivers Ex RUCKSACK against a backdrop of resource pressure, increased scrutiny and contractual negotiation. He has gone to great lengths to nurture and develop his junior officials and places great emphasis upon encouraging athletes to transition from competitor to official for the greater good of the sport.

The Corps wishes all three the best of luck at next week’s Award Ceremony! And we look forward to hearing more about their sporting achievements in the future.