On Friday 26 September 2014, 23 Pioneer Regiment RLC formed up and marched onto the parade square in St David’s Barracks, Bicester for the final time. His Royal Highness The Duke of Gloucester, Prince Richard was in attendance, and the standard of drill and turnout was excellent. The ranks were inspected by HRH, MGL and The RLC Corps Col; they had time to talk with Pioneers and attached arms about their future plans and thoughts on disbandment. The regiment is being disbanded under the Army 2020 reorganization plans and cuts to army jobs.

After the inspection HRH spoke of his admiration of the Regiment for providing all that was asked “right to the very endâ€. He also spoke about the Regiment’s successes on the sports pitch which was all the more impressive due to the dwindling numbers available. The ceremonial axes were then blessed by the Padre and handed over to two Pioneer soldiers who are continuing in service. This is symbolically important: the axes will continue to be paraded on formal occasions in the future and, along with the axes on our cap badge, will remind others of our Pioneer identity, culture and ethos. 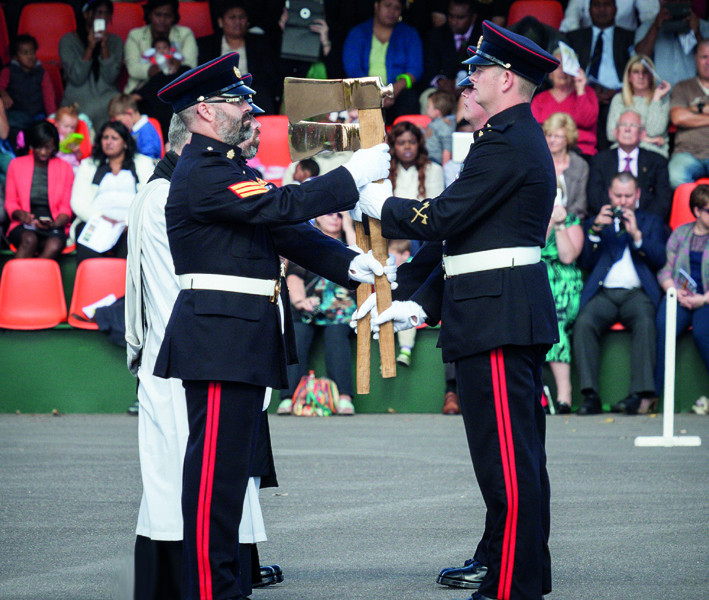 Following a brief recital of the history of the Regiment, the lowering and folding of the Regimental standard marked the end of the parade; the flag and ceremonial axes joined on at the rear, and the Regiment marched past the dais to cheers and a tumultuous applause from over 600 friends, families,well-wishers and old comrades. What added to the poignancy of the occasion was that following on behind the Regiment were 100 marching veterans of The Royal Pioneer Corps Association (RPC Assoc) ‘again, to an equally rapturous applause. 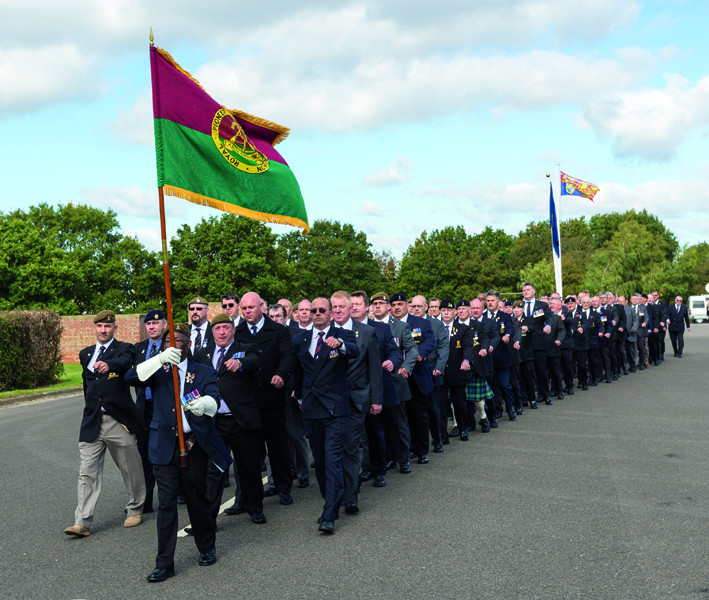 With the parade over, serving officers and soldiers made their way to the Officers’ Mess and gathered for a photo before commencing the annual ‘ and last ‘ ‘Pioneer Reunion Weekend’ held on St David’s Barracks. There were fairground rides, an assortment of different stalls, a live band, and of course a few bars open to allow the ‘old and bold’ to catch up with former comrades and swap stories with current Pioneers over a beer or two.

It has been a reasonably turbulent couple of years since the Army 2020 decision was made to disband the Regiment. In the intervening period, although soldiers have been made redundant, 130 have been transferred to other trades ‘ a success story which is often overlooked. That is not all though: a key part of any discussion of the ‘Pioneer Legacy’ would be incomplete without a mention of the eighty-seven Pioneers (Cpl-WO1) who will continue to serve and share their knowledge and experience to the benefit of the wider Corps. Crucially, many of these will spend substantial periods of their remaining service within the training environment and therefore play an invaluable role shaping the next generation of soldiers and helping to imbue them with that ‘Pioneer spirit’.