‘We are Centuries old and decades new’. Learn about The RLC’s Forming Corps.

The RLC was formed on 5 April 1993 from the amalgamation of the Royal Corps of Transport, the Royal Army Ordnance Corps, the Royal Pioneer Corps, the Army Catering Corps and the Postal and Courier Branch of the Royal Engineers. Our antecedents had a tradition of service to the Army and the Crown stretching back hundreds of years. 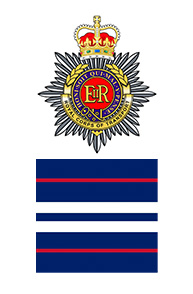 Its earliest origins link the Royal Corps of Transport (RCT) to the Commissariat, a civilian organization responsible directly to the Treasury, which provided food and supplies to Oliver Cromwell’s New Model Army. However, the very first military transport unit, the Corps of Waggoners, was formed in 1794. This evolved into the Royal Waggon Train which served throughout the Napoleonic Wars, notably at the Battle of Waterloo.

Following its disbandment in 1833, there were a number of short-lived organizations such as the Military Train and the Land Transport Corps, but it was not until the formation of the Army Service Corps (ASC) in 1899 that transport and supply support became the responsibility of a well-organized permanent body.

At the outbreak of the First World War the ASC numbered 6,500 men, by 1918 this number had grown to 325,000 men. In recognition of the ASC’s contribution to the war effort during 1914 to 1919 the Corps was granted the ‘Royal’ prefix and was subsequently known as the Royal Army Service Corps (RASC).

The RCT was formed in 1965 when the RASC’s functions of supply and transport were separated. The RCT became responsible for transport whilst supplies became the responsibility of the Royal Army Ordnance Corps. On formation the RCT assumed responsibility for the RASC Association and expanded this to include soldiers from the newly formed RCT, creating the RASC & RCT Association. This remains a very active association which has more than 50 branches across the country. These are listed in the link above.

Similarly, the RASC’s Institute (Officers’ Club) was formed into a new organization and retitled the RASC & RCT Officer’s Club this also remains a vibrant club.

Details on how to join these organizations can be downloaded here: 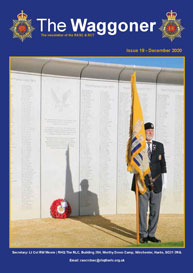 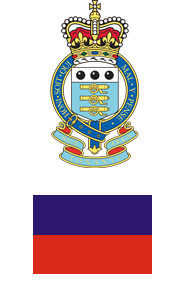 The Board of Ordnance was established in 1683 as a civilian department of government; responsible for supplying and maintaining military equipment such as ammunition and weapons and also the building and maintenance of dockyards, depots, fortifications and map making.

During the Second World War the RAOC expanded rapidly from a few hundred officers and a few thousand men to 8,000 officers and 130,000 men in the space of four years.

In 1965 the RAOC incorporated the supply and staff clerk functions of the RASC. In 1993 it amalgamated with other corps to form the RLC.

The RAOC Association continues and has 22 thriving regional, sports or trade based branches which are all self-supporting; with their own chairman, Tteasurer and secretary. To join the RAOC Association members are required to join one of these branches.

Membership is open to all officers who were previously commissioned into the Royal Army Ordnance Corps (RAOC) and Officers who were soldiers in the RAOC and later Commissioned. The Club organises one dinner a year. Membership subscription is £5.00 per year.

Further details can be obtained from the: 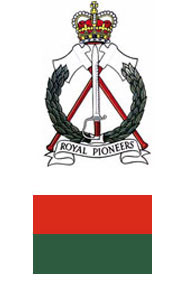 The presence of individual pioneers with infantry regiments was common throughout the 17th and 18th Centuries. Military labour units were present at the Crimean War and ‘pioneers’ are referred to in records of campaigns in France from as early as 1315. There is also a description of a soldier we might now describe as a ‘Pioneer’ in the Book of Nehemiah, part of the Old Testament. However, there is little evidence to directly link these ‘pioneers’ to the Pioneers of today.

During the First World War, regiments or corps of the British Army had their own ‘Labour Companies’ and infantry regiments often had their own ‘Labour Battalion’ for field engineering tasks. In 1917 the Labour Corps was involved in battlefield clearance when hostilities had ended and this included the construction of some Commonwealth Cemeteries. Despite its disbandment in June 1920, the Labour Corps is now recognised as the predecessor of the Royal Pioneer Corps.

In 1946 the Pioneer Corps was granted the Royal prefix for its services during the Second World War. 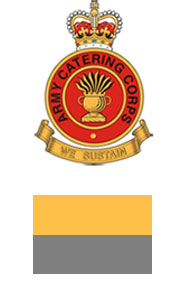 The idea of trained army cooks emerged from committees studying the suggestions of Alexis Soyer, a French chef, who travelled as a volunteer with the British Army to the Crimea (1854-56). Soyer developed stoves, basic boilers and simple recipes to help improve the diet and wellbeing of the British soldier.

In 1876 the British Army authorised the training of ‘Sergeant Cooks’ and the first Army School of Cookery was established in 1885. Prior to the First World War, regimental cooks were trained at command cookery schools run by the Army Service Corps but the standard of meals produced in the field varied enormously.

In the 1930s the Government began to take a serious interest in improving the standard of living for the British soldier. The ‘Cook’ trade was placed under the control of the Army Catering Corps on its creation in March 1941. The ACC was initially formed as a subsidiary of the Supply Branch of the Royal Army Service Corps. On 29th May 1943 the Corps became an all tradesman Corps. In 1965 the Army Catering Corps was granted the status of an independent Corps and it remained so until its amalgamation into The Royal Logistic Corps in 1993.

The ACC Association is a fraternal organisation with its primary aim of fostering comradeship between all past and present army chefs. It provides a framework for maintaining links with army chefs, past and present, as well as a network of like-minded individuals. Whilst the Army Catering Corps merged into The Royal Logistic Corps in 1993, the ACC Association still has in excess of 3,000 members comprising both ACC and RLC chefs. 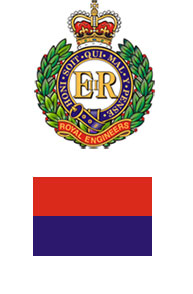 In the Nineteenth Century the British Army depended upon the civilian postal services. The only exception to this is the Crimean War (1854-56) when the British troops relied on the French Army Postal Service. The first British military postal organisation was formed in 1882 when a Royal Warrant authorised the formation of the Army Post Office Corps.

Enter an address or postcode and click the find locations button.

“The way a team plays as a whole determines its

Yesterday we said fairwell to our Corps SM, on beh

#mondaymotivation"Don't cry because it's over.

#fridayfun Name that song!!!!!(Here are some clu

Pet Ops from @9RegimentRLC deployed on Ex PHOENIX REFRESH 21 to refresh skills and cover Battle Craft Syllabus objectives. Class 3 - 2 upgrades were carried out and training completed on the Enhanced Storage Module, part of the validation for future taskings on Operation AGORA.

The course built on the relationship between the Jordanians and @16AirAssltBde.

Between 19-22 Jul, 10 QOGLR deployed to Rushmoor Arena to test the Divisional Logistic Regiment activation and deployment for which the Regt is held at readiness for. Lieutenant General Wooddisse CBE MC, Commander Field Army visited to inspect the Regt and receive several briefs.

Recently, Petroleum Operators from 9 Regiment RLC deployed on Exercise PHOENIX REFRESH 21 in Buckley Barracks to refresh basic Petroleum Operator skills and to cover Battle Craft Syllabus objectives. As part of the Exercise, Class 3 - 2 upgrades were carried out and training was completed on the Enhanced Storage Module, part of the validation for future taskings on Operation AGORA. #BritishArmyLogistics #WeSustain #WeAreTheRLC ... See MoreSee Less
The Royal Logistic Corps

Do you have the skills or experience required to be the next Drum Major of the Corps of Drums of The RLC?If you are interested in applying, email: craig.humphreys110@mod.gov.ukApplications close 30 Sep 21 #WeAreTheRLC ... See MoreSee Less